Rhodesian Ridgeback Price: Everything You Need to Know

The Rhodesian Ridgeback has been called the Navy SEAL of dog breeds and is consistently one of the top 50 most popular dogs according to the AKC. If you’re looking into getting this dignified, athletic dog, like any good pup parent, you’re likely wondering the Rhodesian Ridgeback price before diving in headfirst.

To fully understand the total cost, let’s look at the initial Rhodesian Ridgeback price as well as all the fees that go along with it, from food to training to veterinarian care. 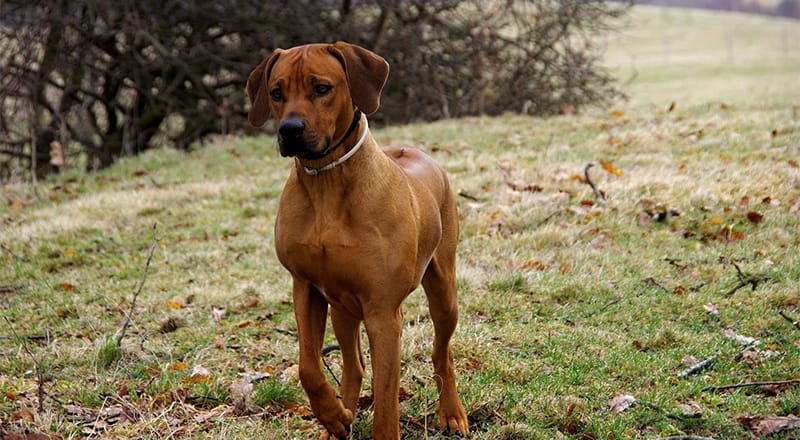 The cost of the Rhodesian Ridgeback varies, but in general, you can expect to pay between $700-2,000 for a purebred puppy from a breeder, depending on the lineage and location. Show quality dogs can cost even more.

To locate a Rhodesian Ridgeback breeder, sites like Puppy Find and AKC are quite helpful and provide info on the latest litters.

Of course, there is always adoption. Many wonderful Rhodesian Ridgebacks are in need of homes right now and only require an adoption fee of $200-400.

If you’re looking to adopt, Petfinder is a quick, easy way to locate a Rhodesian Ridgeback in your area who is in need of a home right now.

And don’t forget, adoption fees almost always include the cost of spaying or neutering and initial shots, a huge cost saver down the road for you. The Rhodesian Ridgeback price is much cheaper this way. 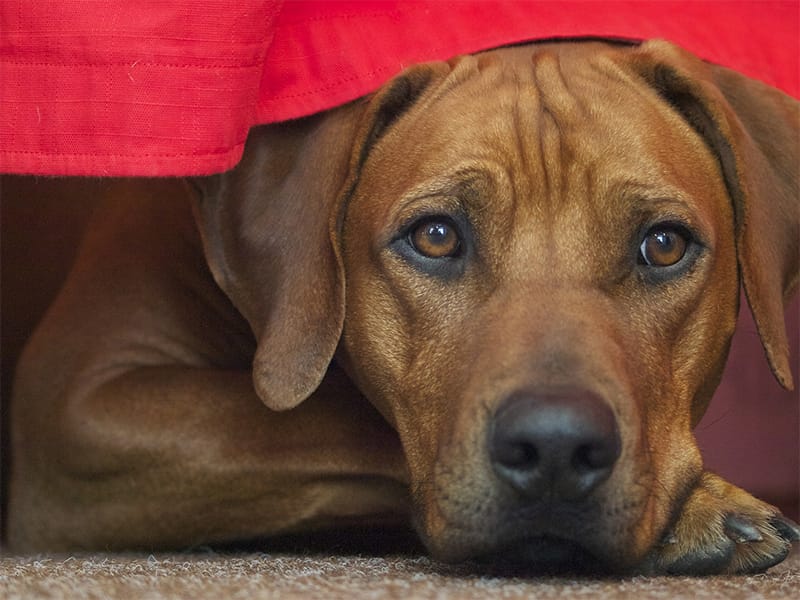 The cost of feeding a Rhodesian Ridgeback

Before we jump into how much it costs to feed this breed, let’s talk about their remarkable past.

All dog breeds have interesting backstories about how they came to be, but the Rhodesian Ridgeback might just have one of the craziest – and coolest – histories of all.

The Rhodesian Ridgeback got its start in South Africa in the 1800s when European dog breeds like Danes, Mastiffs, Greyhounds and Bloodhounds were mixed with the semi-domesticated hunting dogs of the region. In 1922, a group of breeders in Rhodesia (now Zimbabwe) developed the breed standard, which has been unchanged ever since.

The breed was used to hunt lions and could keep the ferocious beasts at bay while awaiting its master’s arrival to make the kill. Talk about some skills!

With this in mind, it’s no wonder that the Rhodesian Ridgeback is an active and hungry dog. On average, this breed needs about 1,600 calories per day. For working dogs who spent lots of time outdoors, however, this can increase up to 2,500 calories.

So when figuring out the Rhodesian Ridgeback price, be sure to factor in food, otherwise you’ll be in for some sticker shock. 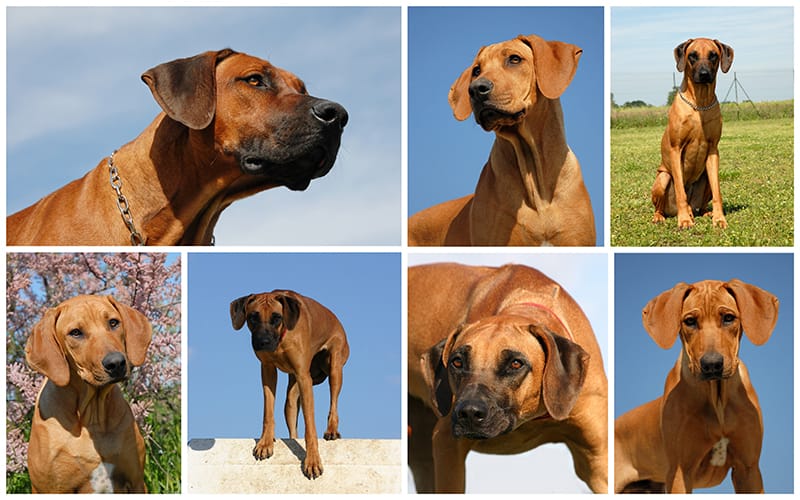 How much are vet expenses?

Vet expenses are not cheap. Anyone who has ever had a dog can tell you that. But for pup parents, it’s a small price to pay for keeping your dog healthy and happy.

If you get a Rhodesian Ridgeback as a puppy, be warned that the first year is expensive. (This is true for any breed, however.)

The American Pet Products Association (APPA) has found that the first year costs $1,843 in vet bills for large dog breeds. This includes the cost to spay or neuter your pup plus all their initial vaccinations and check-ups.

As noted above, however, if you decided to rescue, the adoption fee includes many of these costs, so it’s a considerably cheaper route.

After that, the average cost per year for routine care drops down to $235, so there is light at the end of the tunnel.

Fortunately, the Rhodesian Ridgeback is known as one of the healthiest dog breeds. According to Pet MD, the breed does not suffer from any serious health conditions.

It can, however,  be prone to minor issues such as elbow dysplasia, canine hip dysplasia, hypothyroidism and dermoid sinus issues. These flare-ups can cost several hundred dollars to treat, or in the very rare case, in the thousands for severe cases. 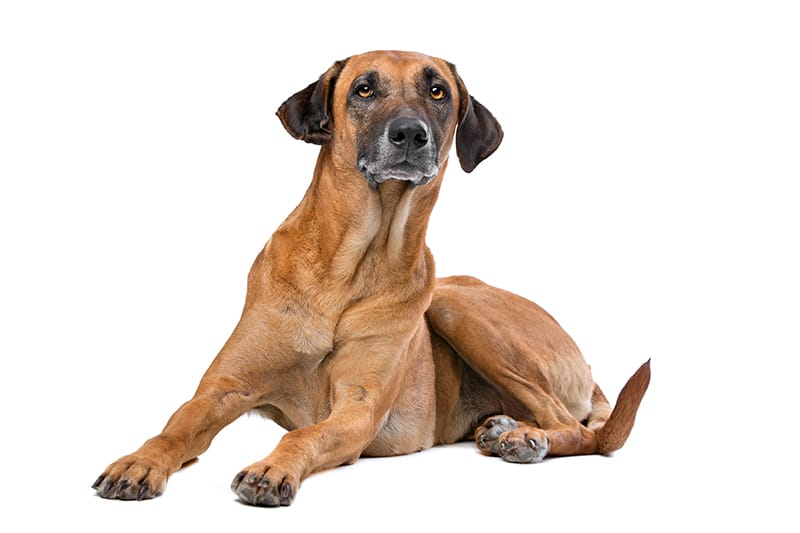 In addition to the initial fee plus food and vet expenses, there are many other costs to consider when looking at the Rhodesian Ridgeback price.

For starters, you can’t skimp on training. Good training early on is paramount to raising a well-behaved, healthy pup. This can either be done on your own, with a dog trainer or in a group class.

Then there’s the cost of supplies. To start, dogs need a collar, leash, some toys, water and food bowls, a brush and a bed. To help new dog owners, we’ve compiled a shopping list that notes everything you’ll need for your new bundle of fur.

Your first temptation might be to run to the pet store and buy everything in sight for your new furbaby, but for the sake of your pocketbook, resist the temptation. In reality, your dog doesn’t need a million new toys, collars for every day of the week or the fanciest dog bed you can find. Buy the basics at first, and then you’ll slowly find out what your dog likes and needs.

Why should you get a Rhodesian Ridgeback?

Considering the breed’s fascinating history, loyal personality and remarkable athleticism, the cost may seem like a small price to pay.

As mentioned above, the Ridgeback is affectionately called the Navy SEAL of dog breeds. Watch the video below to find out why!

Check out our free puppy guide!
Learn all you need to know about getting a new puppy.

Jessi is a marketing strategist for Fortune 50 companies who loves to research and write about all things dog. She is the proud mom to Toby, a giant Labrador Retriever who thinks he’s a lapdog. He inspires her to be a better pet parent and to share advice with other dog owners.
Check out more articles about:

This site uses Akismet to reduce spam. Learn how your comment data is processed.