Want to learn more about the German Shepherd Rottweiler mix? You’ve come to the right place. We have your complete guide to this strong, smart and protective designer dog.

The German Shepherd and Rottweiler are both confident canines that were bred to be guard dogs. Key differences exist, however, that we will explore below.

With all cross mixes, there is no way to tell the exact proportions and traits they’ll pick up from their parents. But we have a solid idea of what you can expect with the German Shepherd Rottweiler mix. 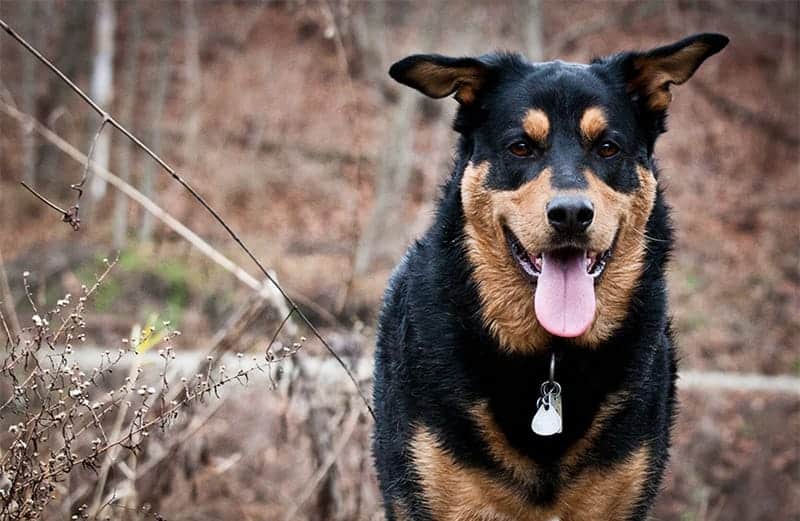 With the proper training and a lot of love, a German Shepherd Rottweiler mix is a dog that has lots of energy for running and playing and also enjoys being a part of a family, with all the love and affection that goes along with it.

The mix is often considered a designer breed because of the background of each dog and their popularity. The German Shepherd is the second most popular dog breed according to the American Kennel Club (AKC) while the Rottweiler is the eighth.

Combined, the German Shepherd Rottweiler mix is a smart, strong dog that will serve as your loyal protector. 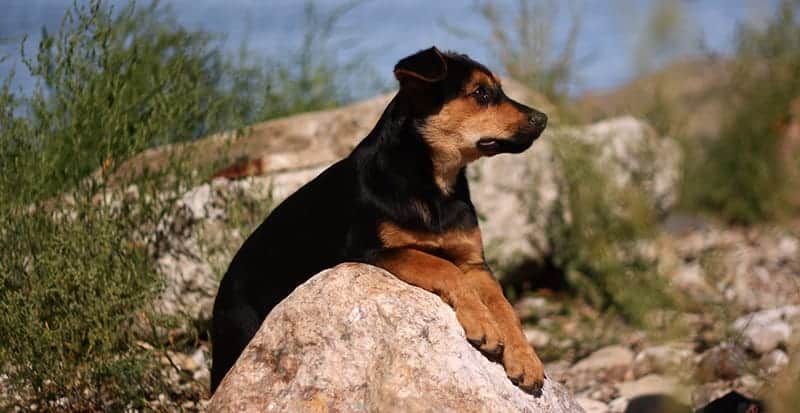 The German Shepherd is a dog that is known for its herding skills. It usually stands around 24 inches tall and weighs about 70 pounds.

The Rottweiler often weighs more, averaging close to 80 or 90 pounds, because of its muscle mass. However, the breed stands close to the same height of a German Shepherd.

When these breeds are mixed, the result is a dog that will likely be large in size. You should expect  the German Shepherd Rottweiler mix to weigh about 70 to 80 pounds and stand roughly 24 inches in height.

Since the Rottweiler is a larger dog and sometimes has a robust appearance, it can make the dog seem intimidating compared to other canines, so you need to keep this in mind if your mix has features more similar to the Rottweiler than the Shepherd.

Colors of both breeds often include brown, black and sometimes gray. However, the German Shepherd Rottweiler mix will likely be brown or tan and black. The coat will likely be of a medium length but will probably have thick hair. 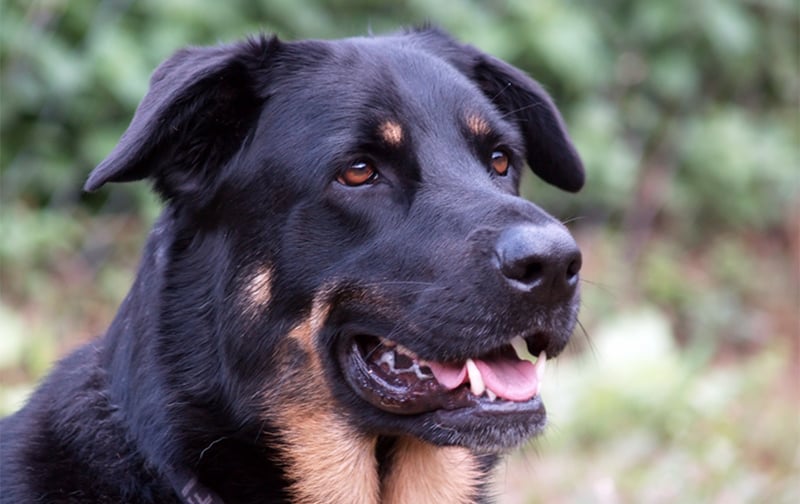 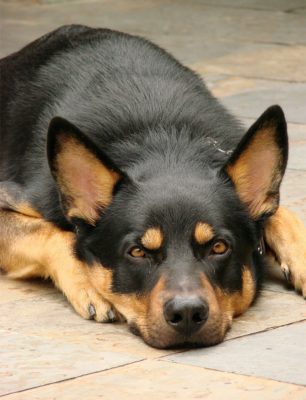 Because of the size of the German Shepherd Rottweiler mix, some people think that the dog is aggressive and overpowering. However, this is often not the case, especially if you have trained your dog in the proper way.

The personality of your dog will depend on that of the parents combined with the overall environment.

If the dog feels like you or your family is being threatened, then it can sometimes become protective. This is because these breeds often have a natural instinct to be loyal animals that protect their owners and property.

Your dog might become territorial and feel the need to protect your home if it feels as though another animal or another person is trying to cause harm. Both breeds are known for being guard dogs and working with police departments or in other security professions. 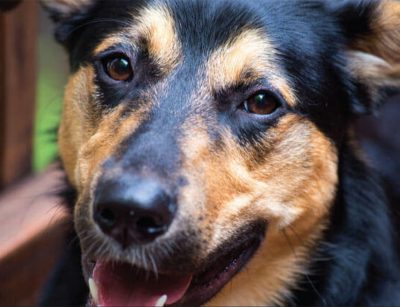 There could be a few health issues that you notice in your dog as it gets older. This is rather common among mixed breeds anyway, but there are a few concerns that you’ll want to take note of with your German Shepherd Rottweiler mix more than you might notice with another dog.

Hip dysplasia is common because of the activity level of the breeds. These dogs often have issues with their eyesight and can develop cataracts.

You might notice allergies and skin irritations as well, especially if you keep your dog outside.

Try to keep your dog at a healthy weight to help prevent arthritis and hip dysplasia. Cancer and heart disease are common among these breeds as well.

If you want to ensure that you have a healthy dog, then consider genetic testing to determine if there are any health issues that the parents have experienced.

Shedding will depend on which parent your dog takes after. If it has the characteristics of a German Shepherd, then you can expect to brush your dog’s hair quite often and remove hair from your house throughout the week.

Although a Rottweiler has thicker hair, it doesn’t shed as much. It also doesn’t require as much grooming because its hair is usually shorter than the German Shepherd’s.

You will find that because both breeds are intelligent dogs, the German Shepherd Rottweiler mix will usually be easy to train.

Obedience classes are an option to consider as well if you don’t have the time that it takes to train your dog. If you know that you want to introduce this mixed dog into your home, try to get one that is a puppy so that it’s easier to train in the direction that you want instead of trying to change the habits of an older dog.

If you want your dog to be good with people, then you should socialize your dog at a steady pace instead of taking it around a lot of people at one time as this can be overwhelming.

You want to ensure that your dog has plenty of exercise instead of being immobile during the day. This will not only help to maintain a healthy weight, but it will also help with keeping the bones and joints active and lubricated.

Both breeds have a high level of energy, so the German Shepherd Rottweiler mix will usually let you know when it wants to go outside and play.

They do tend to become destructive if they don’t get the proper amount of exercise simply because they are looking for something to keep them busy.

German Shepherd Rottweiler Mix: Is It Right For You?

The German Shepherd Rottweiler mix is a stoic and strong dog that makes a loyal companion.

Stubborn and headstrong, this mix needs strong training to reign in its natural instincts. You’ll want to make sure you have the time and energy to dedicate to obedience lessons. Daily exercise is also important to prevent destructive behavior. It also might not be the best breed if you have young kids in the house.

Ultimately, if you enjoy large dogs and are able to provide the attention and training the German Shepherd Rottweiler mix, we say go for it!

Jessi is a marketing strategist for Fortune 50 companies who loves to research and write about all things dog. She is the proud mom to Toby, a giant Labrador Retriever who thinks he’s a lapdog. He inspires her to be a better pet parent and to share advice with other dog owners.
Check out more articles about:

This site uses Akismet to reduce spam. Learn how your comment data is processed.