A few weeks ago a friend told us how her parents were having issues with their new puppy. The problem? He didn’t get along with the cat. The previous dog, who sadly passed away, had gotten along swimmingly with their feline family member. But with this new pup, it was war.

So what can you do to help cats and dogs get along and live together harmoniously? Well, there’s no magic solution, but taking these actions can help. 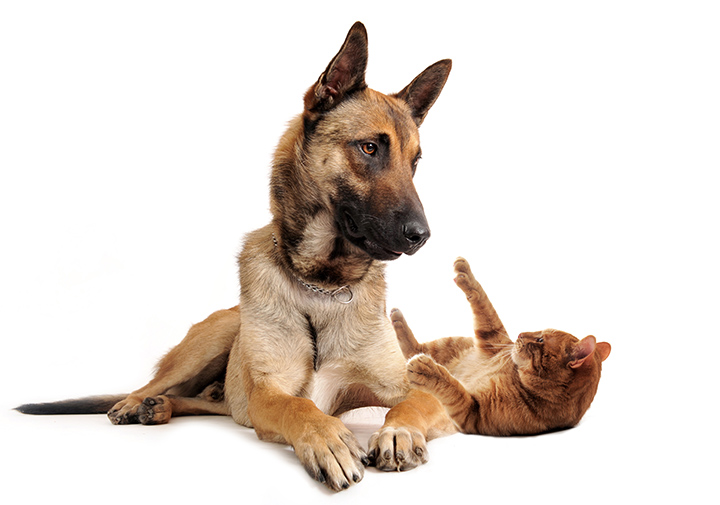 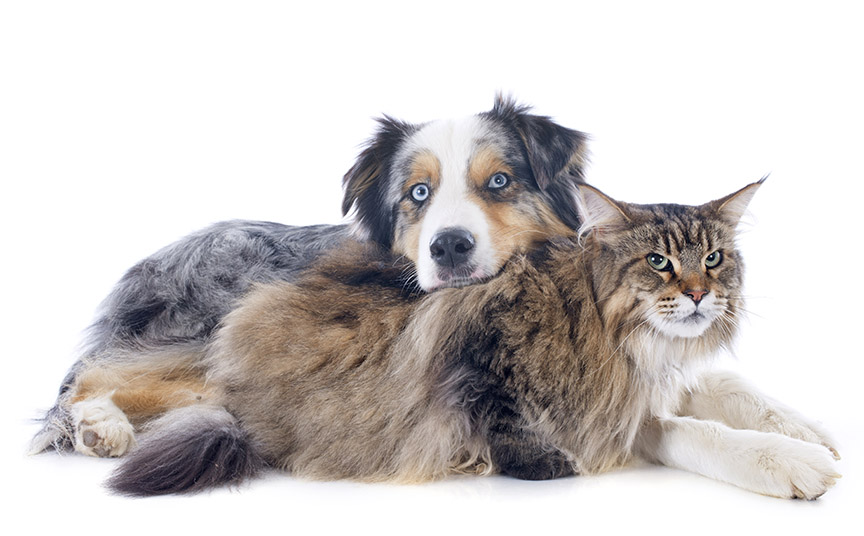 Most experts say it takes days to weeks for the pets to start acclimating to one another. But, if there are serious confrontations between the two, don’t wait until someone gets hurt. Make sure you get help from a veterinarian, trainer or behavioral specialist.

The American Veterinary Medical Association reports that 44 percent of U.S. pet owners have multiple-pet households, and as you might have guessed, the most common combinations involved cats and dogs. They are both great pets in their own right but also very different species. Some preparation and insight can help ease the transition and create a harmonious home.

Jessi is a marketing strategist for Fortune 50 companies who loves to research and write about all things dog. She is the proud mom to Toby, a giant Labrador Retriever who thinks he’s a lapdog. He inspires her to be a better pet parent and to share advice with other dog owners.
Check out more articles about: Training